One of the lectures offers a new reconstruction of a highly complex aspect doctrine that existed in the early astrological tradition, and provides insight into how those techniques can be used in order to improve chart delineations today.

The material contained in this module has been extracted from part 5 of the Hellenistic Astrology Course, and is also available as part of the complete course. This class is for those who only want to study the Hellenistic approach to the aspect doctrine on its own.

Description of the Class

The primary focus of the module is a seven and a half hour lecture presented by Chris Brennan titled The Doctrine of Configurations in Hellenistic Astrology.

The purpose of this lecture is to present a new reconstruction of the original aspect doctrine in Hellenistic astrology. This is accomplished through the analysis and comparison of several ancient astrological texts which preserve a lost set of definitions by the first century astrologer Antiochus of Athens.

The reconstruction of these definitions not only provides insight into the highly complex aspect doctrine of the early western astrological tradition, but it also provides contemporary astrologers with a powerful new set of tools for the analysis of planetary condition.

The reconstruction presented in the lecture is partially based on a collaboration between Demetra George, Benjamin Dykes and Chris Brennan. It is presented here for the first time in its entirety.

What is Contained in the Module

The class is presented online through a private course site that each person gains access to shortly after registering. The lectures are streamed through an innovative video format that is accessible through desktops, tablets, and mobile devices.

Once registered, each student has unlimited access to the course site containing the lecture, and they are able to view the presentation at their own pace, as many times as they would like to.

Discount on the Full Hellenistic Course

When you sign up for the Ancient Aspect Doctrine Class you are entitled to a $45 discount on the full Hellenistic Astrology Course, if you would like to sign up for it at some point at a later date.

Registering for the Class

The price for the Ancient Aspect Doctrine Class is $75 USD.

To purchase the module please use the PayPal “buy now” button located below.

After completing your payment you will receive an email with your log in information for the course site, and then you can go ahead and get started. 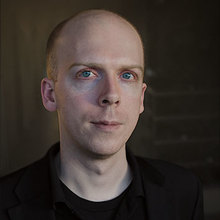 Chris Brennan is a professional astrologer from Denver, Colorado, USA. He specializes in ancient astrology, and is the author of the book Hellenistic Astrology: The Study of Fate and Fortune, as well as the host of the award-winning weekly show called The Astrology Podcast. He is the former President of the Association for Young Astrologers, and former Research Director of the National Council for Geocosmic Research. For more information about his work visit ChrisBrennanAstrologer.com.
Buy Now: $75.00